Protests against the Iranian regime continue a month after the death in police custody of 22 year old Mahsa Amini, who was arrested in September for not wearing a hijab correctly. The death toll is at 200 and counting, but the popular fervor shows no sign of dying down and people throughout the world have joined through protests and gestures of solidarity. 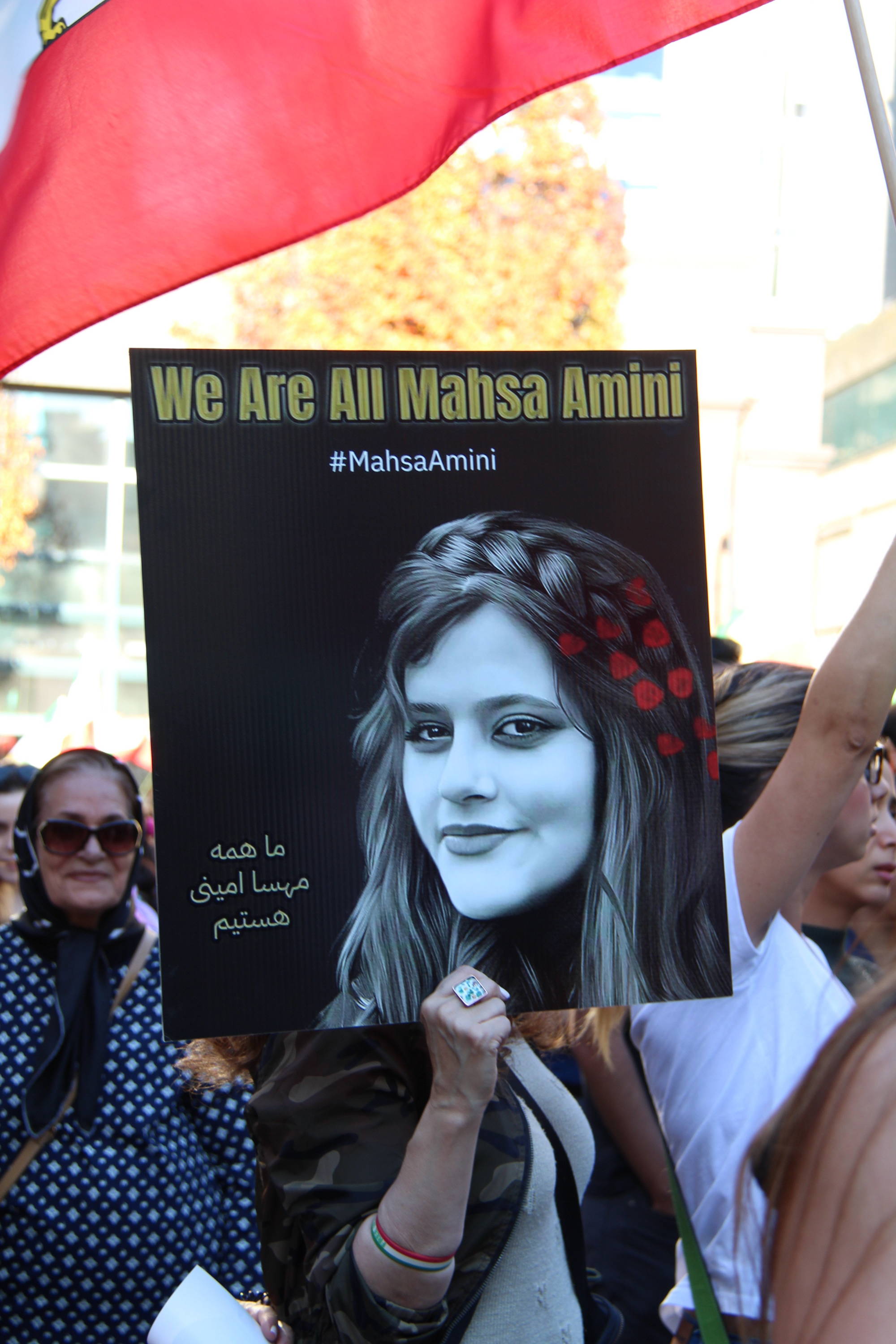 Protests continue to rage through Iran. It’s been over a month since Mahsa Ahmini’s death in the custody of the Iranian morality police on September 13, and the popular uprisings against the regime show no sign of stopping - in fact, they’re spreading through the country and beyond. Ahmini was a 22 year old Iranian national of Kurdish ethnicity, and the protests in her memory are taking the regime to task on both its restrictions of women’s rights and its harsh treatment of ethnic minorities.

Iran is currently under the rule of the supreme leader Ayatollah Ali Khamenei, whose regime has long been criticized both by Iranian activists and by the international community for violations of human rights. One relevant example is the longstanding oppression of the 10 million Kurds living in the country, something that human rights organizations such as Amnesty International in collaboration with local activists have been trying to highlight for decades. Kurds in Iran have been subject to discrimination ranging from housing and employment inequality to sham trials and unjust death penalties.

Another pressing issue is the unequal treatment of women, who are not only barred from higher education and employment opportunities, but are legally allowed to marry from age thirteen and even younger with paternal consent, and regularly suffer domestic violence with no recourse. In 2005, the Ayatollah’s regime established the Gasht-e Ershad or morality police, whose duty is to ensure women respect the restrictive dress code imposed on them, chief of all the mandatory use of head coverings such as the hijab to hide their hair from sight. It was precisely for allegedly not wearing her hijab correctly that Mahsa Amini was arrested by the morality police last September while on a trip to the capital Tehran, and her death in police custody was justified by officials with her having a previous health condition, though her family denies this claim and the UN’s Human Rights Office reports testimonies of Amini being beaten with a baton and having her head smashed against the police’s car. 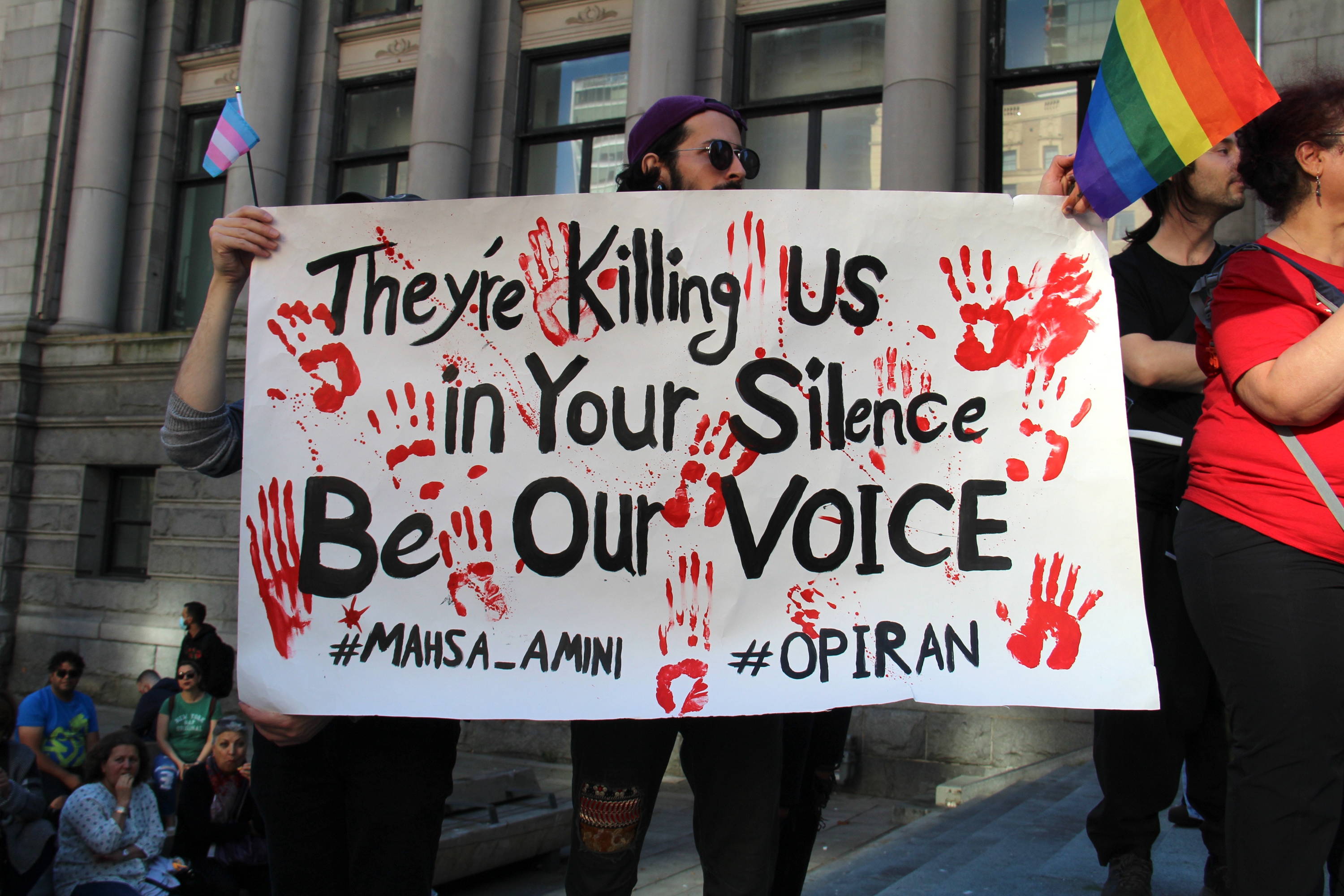 Protests began almost immediately in Tehran and in the five weeks since have spread to the entire country. Protesters are using social media to organize and to share their message despite the regime’s tight control on media, with videos of Iranian women burning their hijabs and cutting off their hair taking over social media sites throughout the world.

Another reason social media have been instrumental to protesters is to document human rights abuses on the part of anti-riot police. The Iranian government’s crackdown has been extremely harsh, and it has targeted Kurdish areas in particular. Locals of the Kurdish town of Marivan have spoken to the international press to report the riot police shooting indiscriminately on crowds of civilians. Human rights organizations have reported that over 200 people have been killed during the crackdown, and the UN has recently declared that 23 of those have been children. For instance in Ardabil, a town in north-western Iran, a teacher’s association held a demonstration after a schoolgirl was beaten to death at an anti government protest, and on Thursday a 17 year old boy was shot point blank in the city of Mashhad. 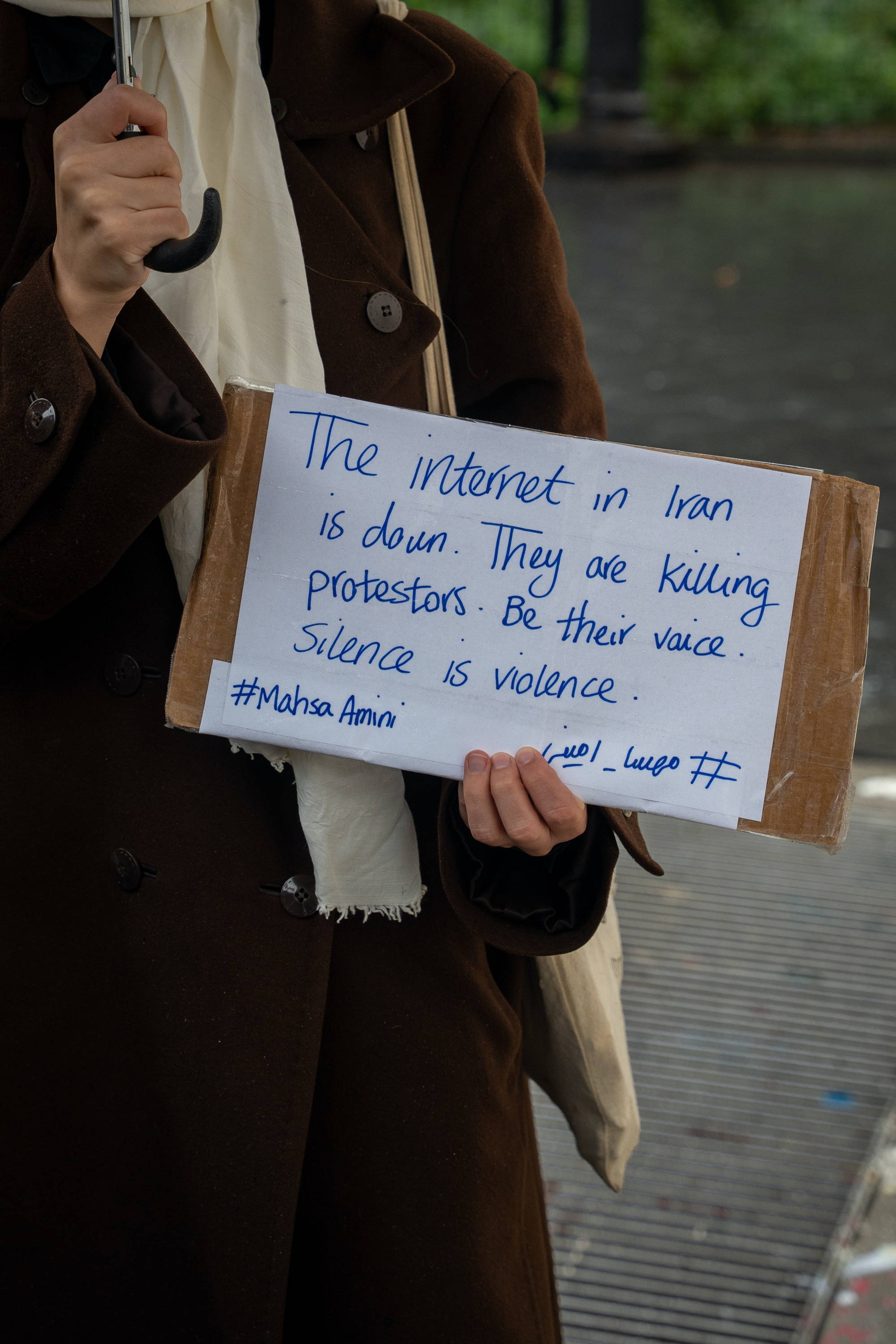 How is the world responding?

Individuals and organizations are responding to the evolving situation in Iran to offer support in a variety of ways. Celebrities with Iranian nationalities or origins abroad are using their voices to stand behind the protests, such as the Iranian-Dutch singer Sevdaliza releasing a song titled ‘Woman Life Freedom’, one of the slogans of the anti government protests, or the Iranian Netflix actress Elnaaz Norouzi taking off her hijab and going topless on camera on her social media with the caption ‘if it’s your choice, it’s okay.’ The Iranian climber Elnaz Rekabi, 33, was the object of worry by people across the globe after she left Seoul, South Korea, where she competed in a championship without her mandatory hijab - she has since landed in Tehran and declared that the garment slipped off by accident, though many protesters read hers as a gesture of defiance to the government and gathered outside the airport to welcome her back.

On an institutional level, the European Union has cited human rights violations before and during the protests as one of the reasons for its new sanctions on Iran, which include a travel ban and freezing of assets for eleven Iranian officials and members of the morality police. The main reason is however the EU’s suspicion that Iran is honoring its alliance with Russia and supplying it with drones, which the Iranian government denies having done since the beginning of the Ukrainian conflict.

Perhaps most significantly, manifestations in solidarity to protesters in Iran have been held in almost every major city across the world, often spearheaded by citizens of Iranian origin. Significant ones have taken place in Istanbul, Los Angeles, Berlin, Toronto, Washington D.C., and even Kabul, Afghanistan, where protesters were forced to scatter after intervention by the Taliban. In Rome, the Iranian native artist Mehdi Dehnavi threw red paint, another symbol adopted by protestors, on the walls of the Iranian embassy as a manifestation was happening in front of the main gates of the building, to express his solidarity with ‘all the young people in Iran’ who had been arrested for protesting. In Kiev, Ukrainian citizens who have been living in an active warzone for the better part of a year manifested their dissent in front of the Iranian embassy. The tide of Iranians’ indignation and desire for justice continues to sweep over the country and the world, and the issue is far from over.